Carlow loses out to Tipp in the Allianz National Football League 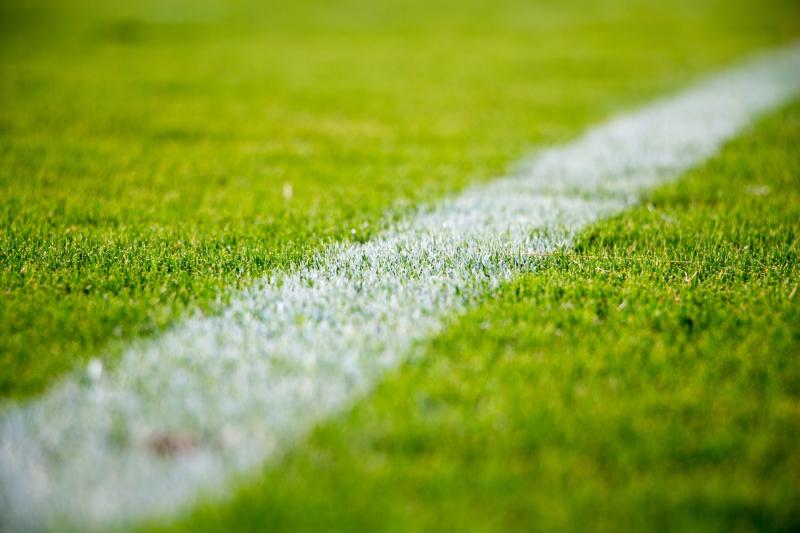 Carlow loses out to Tipp in the Allianz National Football League

Tipperary kept their promotion hopes in the Allianz National Football League Division 4 very much alive with a workmanlike 11 points victory over Carlow at FBD Semple Stadium on Sunday afternoon last.

The win, a fourth in-a-row on consecutive weekends, sets them up nicely to wrap up their upgrading to Division 3 should they overcome London back in Thurles on Saturday next.

If they can achieve that feat, and it will be no easy task, then they will have made an immediate return to Division 3 after just a single season in the lowest rung.

Tipperary opened positively against Carlow and put themselves in a strong position when leading 0-6 to 0-1 after 13 minutes of play, all Tipp’s scores coming from play with Carlow’s sole response from a fourth minute free.

Conor Sweeney with a fine individual score inside 90 seconds gave the hosts the opening they desired, and the advantage was doubled when a quick Sweeney line ball was collected and fisted over by Mark Russell who was to put in an impressive shift from midfield.

Jamie Clarke opened the Leinster’s side account with a fourth minute free, but Tipp soon kicked on with four unanswered points from play from Mark Russell, Mikey O’Connor, Conor Sweeney and Jack Kennedy from 35 metres out after a patient build-up.

A second Jamie Clark free briefly halted the Tipp march, but it was soon out to 0-8 to 0-2 following further points from Mikey O’Shea and Mark Russell with his third point in a blistering start in the 16th minute, this one a superb effort from 40 metres out sailing high between the uprights.

Tipp were somewhat fortunate to get off the hook in the 20th minute when Carlow managed to work a way through, saw captain Darragh Foley’s low effort denied by a block.

However, Carlow did have the better of the closing exchanges of the half and outscored Tipperary 0-4 to 0-1 in the 15 minutes up to half time.

Frees from Darragh Foley and Jamie Clarke came either side of Sean O’Connor’s 21st minute point - incidentally Tipp’s last score of the half, before Conor Crowley had Carlow’s first from play in the 26th minute.

Another Jamie Clarke free sent the sides to half-time with Tipperary leading 0-9 to 0-6 but the Premier were not looking anything like as comfortable as they had been earlier in the first half. There was also added concern in that Conor Sweeney who had started impressively had also gone off with a calf injury three minutes before the break.

Tipp needed to commence the second period well and they got a tonic start inside 90 seconds. A poor kick out by the Carlow keeper went straight to Mikey O’Connor, and with plenty of work still  to do, the young Mullinahone player raced straight through to score his second league goal in this his debut season.

Carlow too were quicker out of the blocks than they had been in the opening half and a fine point from Conor Crowley settled them a little.

Irish Traveller and Roma students in Carlow to benefit from funding

In the absence of Conor Sweeney, Sean O’Connor assumed all free taking duties and converted two in three minutes to put Tipp seven ahead after 41 minutes.

Carlow with a mark from Darragh Foley and a point from play from the hard-working Seanie Bambrick soon had it back to five before Tipp got a golden chance of a second goal in the form of a penalty kick.

An excellent move initiated by Mark Russell around midfield, linked Jack Kennedy and Sean O’Connor before O’Connor off-loaded to Russell who had continued his run.

However, the Aherlow man was taken out as he was about to shoot and Cork referee David Murnane pointed to the spot.Sean O’Connor’s effort, fiercely hit and low, was just too close to Kiba Budzisz and the Carlow keeper made full amends for his part in Tipp’s goal minutes earlier.

The game wasn’t exactly done and dusted just yet and a nervy finish was still a possibility if Tipperary didn’t drive home their advantage.

Slowly though they reasserted themselves and assumed the control they had displayed early in the first half, and when Teddy Doyle was clothes-lined with a high tackle Sean O’Connor stretched the lead to six with a 51st minute free.

Tipp’s first score from play in 20 minutes arrived in the 56th minute when Colm O’Shaughnessy and Sean O’Connor were involved in the creation of a point well-taken by Martin Kehoe who had come on to replace Sean O’Connell just before half-time.

An excellent solo effort by Teddy Doyle just on the hour mark put Tipp 1-14 to 0-9 to the good and looking very comfortable in themselves.

To their credit, Carlow kept at it and points from the lively substitute Ross Dunphy and Colm Hutton came either side of another Sean O’Connor free.

With frustration rising somewhat, the Leinster side were reduced to 14 men two minutes from the end of normal time and Eoghan Ruth could have no complaints with his card following a high tackle on Teddy Doyle, the adopted Tipp Kerryman getting plenty of hard attention over the course of the game from the multi-coloured jerseys Tipperary finished superbly though with wing back Kevin Fahey pointing in the 72nd minute.

And it got even better for the Commercials man when an excellent move combining Stephen Quirke and Sean O’Connor sent him through on goal and he made took his opportunity superbly to blast to the net to leave the final score at 2-16 to 0-11.

There was a lot to admire about the Tipperary performance all through, in business-like fashion they got the job done and avoided any slip-up with the league finishing line in sight.

As a unit the six defenders were excellent, and with the exception of a period in the first half, always looked in control, with Shane O’Connell, Jimmy Feehan, Kevin Fahey and Colm O’Shaughnessy prominent all day.

Midfielders Conal Kennedy and Mark Russell are working well off each other in recent games with Russell giving everything in the 50 minutes he played, before being replaced by Stephen Quirke who once again did another fine job.

While Tipp had issues with an over-dependence on Conor Sweeney in the opening games, on Sunday there were eight players who contributed to the scoreboard, including five of the starting six forwards, Mikey O’Shea adding 1-2 on a good day for the CJ Kickham pair of himself and Martin Kehoe, who besides kicking a point also got through some vital work.

However, the loss of Conor Sweeney before half-time will be a concern for Tipperary now, the influence of the captain vital in a young developing side. Also Bill Maher was unable to start as selected due to a quad injury.

If both are missing next weekend, it would be a huge loss against a formidable London side who have won three times in this year’s league and only lost to Cavan by a point on Sunday last.