WATCH: Council billing Carlow man on disability almost €2,000 for removal of his caravan

Bernard Reilly sleeping in a tent since July 25 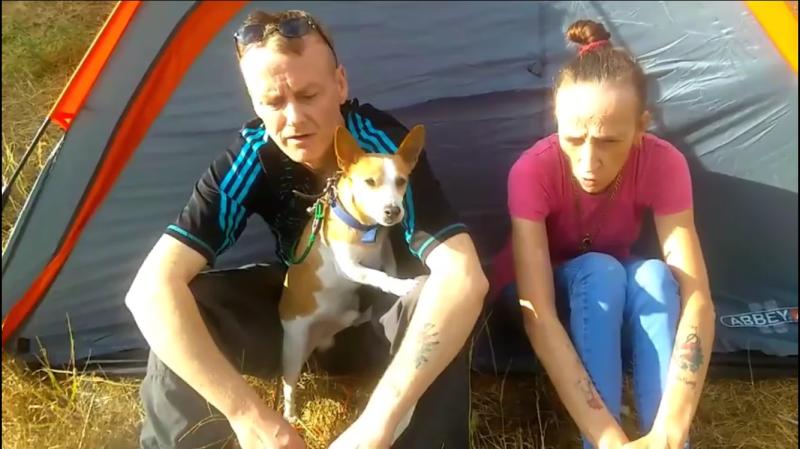 A Carlow man - who was living in a caravan on wasteland adjacent to New Oak Estate - has been asked to pay €1,968 after Carlow County Council seized it last week, his family have claimed.

Lorraine Doyle, who lived in the estate beside her brother's caravan, claims the local authority are asking him to pay for the removal and the "whole operation".

Her brother, Bernard Reilly, has been sleeping in a tent since July 25 when Carlow County Council seized his caravan.

Mr Reilly, 46, has lived adjacent to New Oak Estate where Lorraine has lived lived for the past two-and-a-half years.

"He got nothing back apart from some clothes. There looking for him to pay for the security, the whole lot. The whole lot of the operation, she said. They still haven't told us where the caravan is," Lorraine said.

On July 25, a number of gardaí entered the wasteland as the caravan was removed.

Local People Before Profit candidate, Adrienne Wallace said: “Enough is enough, the Council should be focused on opening up the 2,000 vacant properties in the county or forcing the government to adequately tackle the rise in rents."

A Garda spokesman said: “This was a civil matter between occupants and the Local Authority, gardaí attended the scene to prevent a breach of the peace and ensure public order.”

Carlow County Council have since issued a statement on the story.