'I thought the feeling after Leicester was good but this tops the lot,' says Pádraig Amond 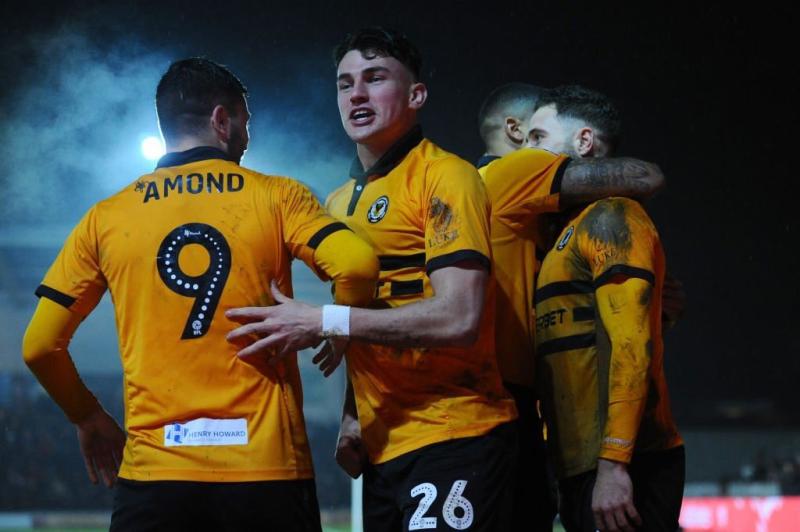 Amond, number 9, celebrates with his teammates

"I thought the feeling after Leicester was good but this tops the lot," Carlow's Pádraig Amond has said after Newport County's 2-0 victory over Middlesborough in the FA Cup on Tuesday night.

Amond's goal on 67 minutes doubled the League Two side’s advantage after Robbie Willmott had opened the scoring shortly after half-time.

Newport County - who have already knocked Premier League side Leicester City out of the FA Cup after Amond converted the winning penalty - will now face Pep Guardiola’s Manchester City in the competition’s fifth round.

And the Carlow native has said: "Unbelievable performance from every player. What a night! Bring on Man City."

I though the feeling after Leicester was good but this tops the lot. Unbelievable performance from every player last night. What a night! Bring on Man City https://t.co/zP9bWEutcO