Do you know anyone whose car was clamped? 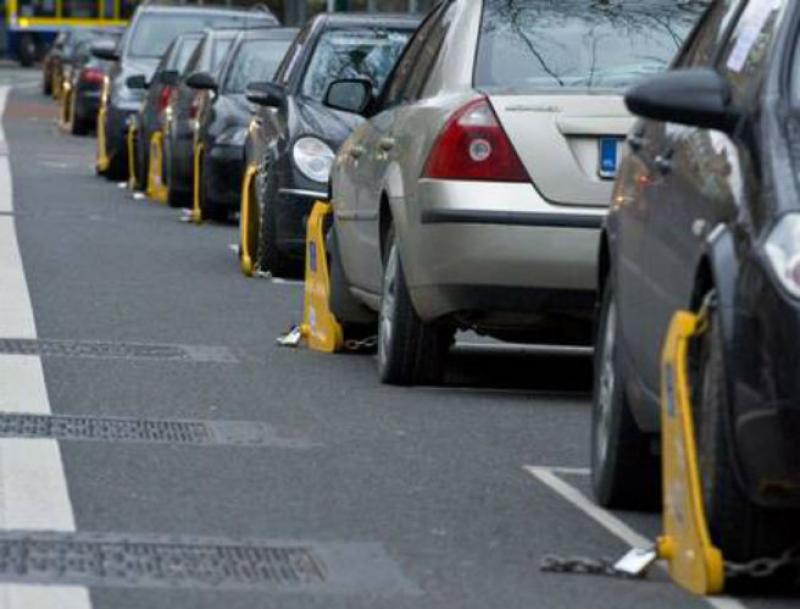 A spate of clamping in Carlow was "in breach of regulations" a councillor has claimed and people are being urged to appeal.

A number of councillors have expressed their concerns about the policy of 24/7 clamping at the private car park on the site of the former L&N car park on Tullow Street.

Cllr Andrea Dalton was speaking at this month's full meeting of Carlow County Council where she said that the recent spate of clamping at the private car park was "in breach of regulations".

"There's no signage at the entrance to warn people that clamping is enforced, there are no terms and conditions, 30 to 40 people getting clamped daily, that's a problem. I believe appeals will be successful," she said.

People must first appeal to the clamping enforcer and if that's unsuccessful they can then appeal to the National Transport Authority, which is the regulatory body.

Cllr Ken Murnane argued that "there are fifteen signs up there" in the car park but Cllr Dalton hit back and said: "There are no signs at the entrance which is the requirement under regulations."

Meanwhile Cllr Walter Lacey said the bigger concern is that there is a perception amongst the public that there is clamping in all areas of Carlow Town which is simply not the case and "it's sending out a terrible message".

Cllr John Pender said things reached "a new low" when people at a mass in Carlow Cathedral for the late Fr John Cummins were clamped in the private car park, including members of the clergy.

Senior Executive Officer at the Council, Eamonn Brophy, said clamping in both public and private car parks is regulated and there are requirements for necessary signage, rates of payment and the time allowable for the clamper to release a vehicle.

Cllr Dalton added that people must appeal first to the enforcer and if the NTA end up with a number of clamping appeals from a particular location they will send somebody out to investigate the car park.

Cllr Dalton was commended for her research on the matter and for her efforts in tackling the issue.