'Something has shown up on Shan's lungs,' the Carlow woman is in Texas for a check-up

'It is some type of lung disease' 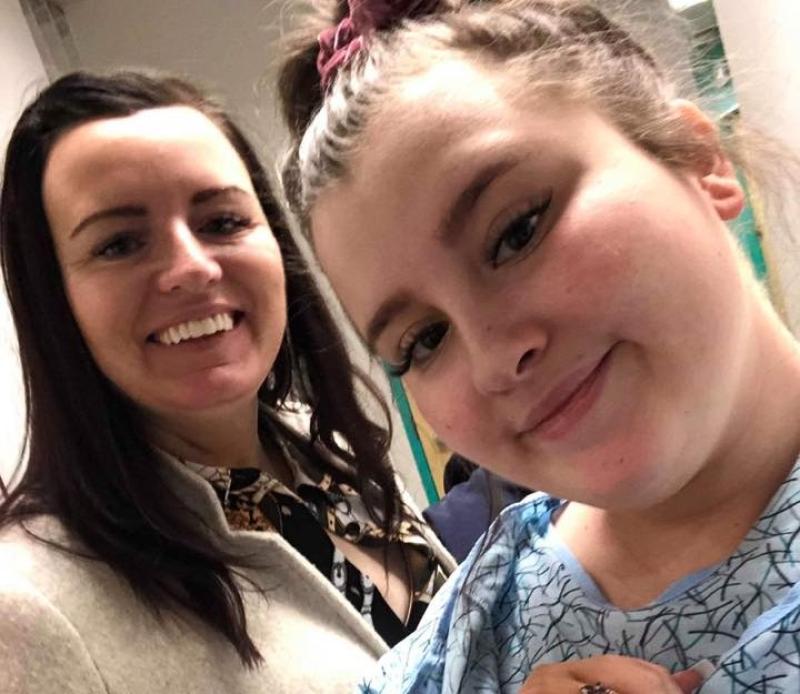 Shan Tynan and her mother, Leona, in Texas for a check-up

Carlow's Shan Tynan and her mother, Leona, are in Texas for a check-up and they have updated people through their Facebook page saying "unfortunately something has shown up on Shan's lungs that wasn’t there at her last scans".

However, they have expressed their relief "that it isn’t Histio or any type of cancer which was obviously our biggest fear".

Shan was in Texas for treatment for eighteen months and returned to Ireland last October having been declared cancer free but must return regularly for check-ups.

In a post on Facebook this week, they said: "Hi guys, we haven’t updated until now as a lot has happened since we arrived. Initially tests were going great but on Friday Dr Mc Clain became concerned with many ongoing issues and decided we needed to investigate further with bloodwork, x-rays and scans.

"Unfortunately something has shown up on Shan's lungs that wasn’t there at her last scans, it is some type of lung disease but until the pulmonologist goes through all her imaging and symptoms we don’t know what exactly we are dealing with.

"We are so very thankful that it isn’t Histio or any type of cancer which was obviously our biggest fear!

"Following this scan we also needed to see Shan's GI doctor and given her symptoms there are concerns about what is going on in her stomach and colon area, it was decided that surgery would be the best option to get clear answers.

"Right now we don’t have all the answers but what we do have is an extremely dedicated team at Texas Children's Hospital that are doing everything possible to make sure we go home with a clear picture of what is going on and how we can move forward.

"It’s not what we expected but it’s nowhere close to what we have had to deal with in the past.

"Unfortunately we won’t be home as planned this week but our hope is that we will be good to travel next week and Shan's doctors in St Vincent's will continue with whatever plan is put in place and Dr McClain will continue to guide them in caring for Shan.

"Thank you all for your messages and support and please keep Shan and our family in your thoughts over the coming days xx We are remaining hopeful and as positive as we can."