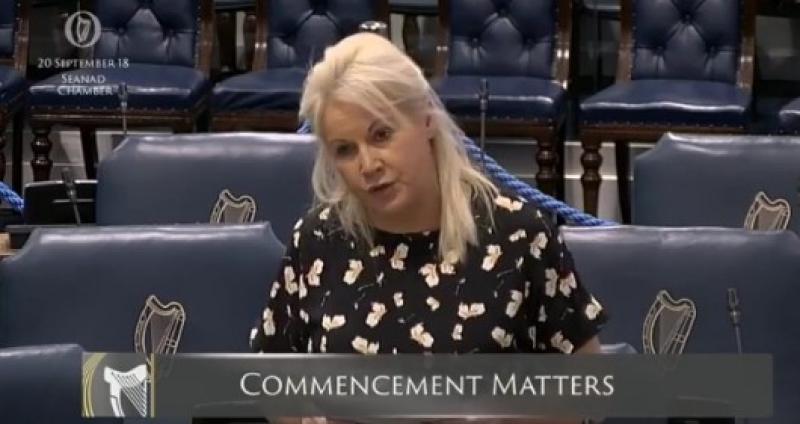 Fianna Fáil Senator for Carlow, Jennifer Murnane O'Connor, has said the Minister for Housing has questions to answer in respect of the Government's Rebuilding Ireland Home Loan Scheme.

Senator Murnane O'Connor made her remarks as it emerged that the full €200m set aside for the Rebuilding Ireland Home Loans had been allocated and the scheme has been put on hold.

It comes after the latest figures up to January 2019 revealed that only 35% of Carlow applications under the scheme were recommended for approval by the Housing Agency.

While in January, it was revealed that that 28 out of 69 local authority mortgage applications were approved last year in Carlow and despite this, the scheme's funds have still run dry at a national level.

Minister Eoghan Murphy is to be questioned on the future of the Government-backed mortgage scheme.

Carlow is among the top ten worst in the country for mortgage approval recommendations from the Housing Agency, Carlow Live revealed earlier this year.

Rebuilding Ireland Home Loan applications underwritten in Carlow up to the end of January of this year came to 48 while the HA recommended 17 (35%) to approve and 31 (65%) to decline.

The HA provides a central support service which assesses loan applications that are made to the local authorities and makes recommendations to the authorities as to whether loans should be offered to applicants.

Senator Murnane O’Connor said: "We heard reports that the Government-backed mortgage scheme has been put on hold because it has run out of funding.

"As a member of the Housing Committee I am calling on the Minister to clarify when he discovered that the scheme was running out of funding and why he didn’t inform the Committee.

"Once again, we are seeing how photo-ops and announcements are trumping actual policy. The Government are more concerned about generating publicity for the scheme than resourcing it properly.

"I have had many people come through the doors of my office seeking assistance with their applications.

"Those who have submitted a valid application, who are eligible for the scheme and have proceeded on the basis that they would be getting this help need to know what the Minister is planning to do about it and what support they will be getting.

"This is further evidence, as if we needed it, which demonstrates that Fine Gael is failing miserably on housing policy."

Each local authority must have in place a credit committee and it is a matter for the committee to make the decision on applications for loans, in accordance with the regulations, having regard to the recommendations made by the HA.