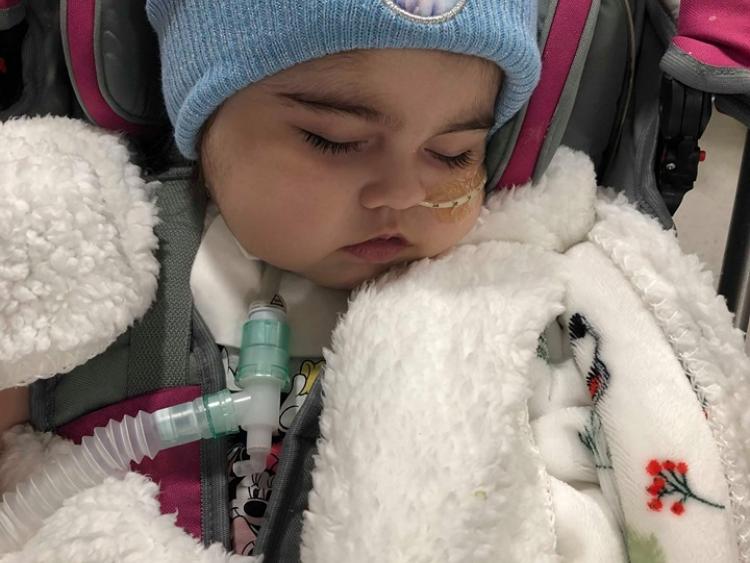 The case of a Carlow mother "at her wits' end over her daughter's care" has been raised in the Seanad this week.

Senator Jennifer Murnane O'Connor was speaking on International Day of Persons with Disabilities when she brought up the case of Amira O'Toole Rauf with the Minister of State for people with disabilities, Finian McGrath.

Senator Murnane O'Connor said: "I ask for the Minister of State's assistance in the case of a young girl from Carlow who was left paralysed from the chest down following a car accident in Laois last year.

"She has a severed spinal cord and she will never walk again. Two-year-old Amira is currently in Temple Street Hospital. Her mother, Caroline, contacted me this week as she is at her wits' end over her daughter's care.

"Her medical team and her mother differ on the child's treatment and now she feels that her daughter, having been fitted with a tracheal tube against her family's wishes, is trapped without adequate provision for rehabilitation or the possibility of a home care package in her native Carlow because of this intervention.

"Amira could attend rehabilitation in the UK but because she has an older sibling he cannot be left at home."

Read also: Sum of over €11,000 fundraised for two Carlow families after mammoth effort by community

She added: "Ultimately, Amira's mother, who herself is suffering from post-traumatic stress from the accident, would like her daughter to receive rehabilitation in Ireland.

"Currently Amira's family is seeking legislation for children with severe needs such as Amira for the right to have rehabilitation care in Ireland.

"There are no supports for children with a tracheal tube in Ireland. The local community has, as usual, been faultless with its support but these families should not have to do this. Nobody should be in such circumstances where they need to be fighting for this.

"Access to rehabilitation can offer the best chance of recovery for someone like Amira to live the best quality of life which maximises her full potential and ability.

"To force her to travel to the UK for treatment at such a young age is wrong.

"There is an appalling lack of rehabilitation services in this country for those who have suffered life-changing injuries."

Minister McGrath agreed to talk to Senator Murnane O'Connor about the Carlow case.