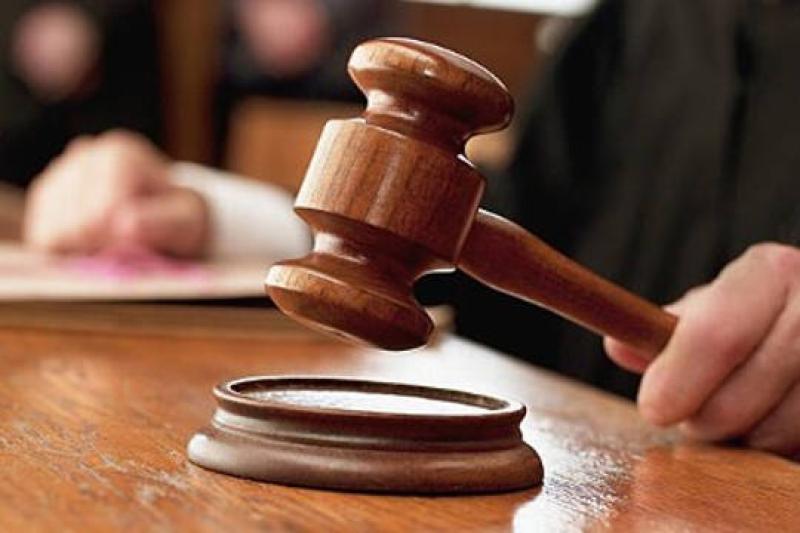 A "danger to society" who led a campaign of abuse against his neighbour before leaving her permanently paralysed in an attempted gun murder that "obliterated" her life has been jailed for 15 years.

The Central Criminal Court has heard that Dean McCarthy (33) "burst into" Sinead Connolly's (34) home with a gun "in a rush of adrenaline" and repeatedly shot his neighbour - someone he has known since childhood - while her eight-year-old daughter hid under the kitchen table.

Sentencing McCarthy today, Mr Justice Paul McDermott had set the headline sentence at 21 years in prison before considering the mitigating factors. He said the circumstances of the case were "shocking" and the consequences "devastating" for Ms Connolly and her daughter.

He added: "She sustained injuries which appear to doctors are unlikely to be reversible and that would change her life and that indeed is the case. She has suffered the most catastrophic injuries and almost died. Her life expectancy has been reduced and she has a permanent injury, that is the devastation caused by this case."

The judge said the extreme nature of the violence which erupted in the residential area, the "simmering undercurrent" of threats and bullying by McCarthy on the victim in the lead up to the shooting and the fact that a loaded firearm was summoned by the defendant within minutes was "not the situation that any community should be subjected to".

In her victim impact statement earlier this month, Ms Connolly called McCarthy "an evil, sadistic and cowardly bully". She said: "Dean McCarthy is a danger to society. He tried to kill me and even though he didn't he has obliterated both mine and my family's life. He deserves the severest punishment in law."

The court has heard that in the lead-up to the shooting, McCarthy had subjected Ms Connolly to a campaign of abuse where he regularly called her a "whore" and had grabbed her by the throat and spat in her face. McCarthy also told her he was going to "leave her in a body bag".

The sentence hearing on April 8 also heard that McCarthy was accidentally shot and seriously injured when receiving the firearm he tried to murder Ms Connolly with.

"Very menacing" CCTV footage of four masked men outside McCarthy's flat moments before the shooting was shown to the court earlier this month. One man can be seen holding up his fingers "like a pistol or a gun sign", the court heard.

Dean McCarthy, who is Ms Connolly's neighbour, with an address at Bernard Curtis House, Bluebell Road, Dublin 12 appeared in court today to be sentenced, having pleaded guilty last January to her attempted murder on March 6, 2021.

McCarthy also pleaded guilty to possession of a firearm, to wit, a G9A Grand Power semi-automatic handgun, with intent to endanger life on the same date at the same location.

He further pleaded guilty to having in his possession Luger Barnaul ammunition, in such circumstances as to give rise to a reasonable inference that he had not got in his possession for a lawful purpose on the same occasion.

McCarthy has 12 previous convictions, all at District Court level, which include possession of knives, criminal damage and road traffic matters.

Defence counsel Brendan Grehan SC, for McCarthy, previously read a letter of apology to the court on behalf of his client saying: "Things got out of hand quickly and although four masked men tried to force entry to my home that morning to bring me harm, you did not deserve to be hurt like that. I sincerely hope you and your daughter fully recover and I wish you both the very best".

Mr Grehan stressed that this was not "a planned event" and that the case exemplified most "that people should never take the law into their own hands".

The court has heard Ms Connolly sustained a ballistic wound resulting in a burst fracture of the T3 vertebra and required surgical fixation of her spinal fractures. As a result of this injury, she is paraplegic and has a neurogenic bladder and bowel. She requires a wheelchair for all mobility and needs to use alternate methods to manage her bladder and bowel. Her life expectancy is also reduced by the injury and she will remain with all of the above impairments.

McCarthy was sentenced to 16 years in prison with the final year suspended for a period of two years. It was backdated to when he went into custody on April 30, 2021.

The defendant was also sentenced to eight years in prison for possession of the firearm and six years for possession of ammunition. These sentences are to run concurrently with the sentence imposed for the charge of attempted murder.