EXCLUSIVE: Carlow's Molly Scott talks about life as an athlete and a law student

"I eat chocolate here and there even though I probably shouldn't. I don't drink at all," says Molly 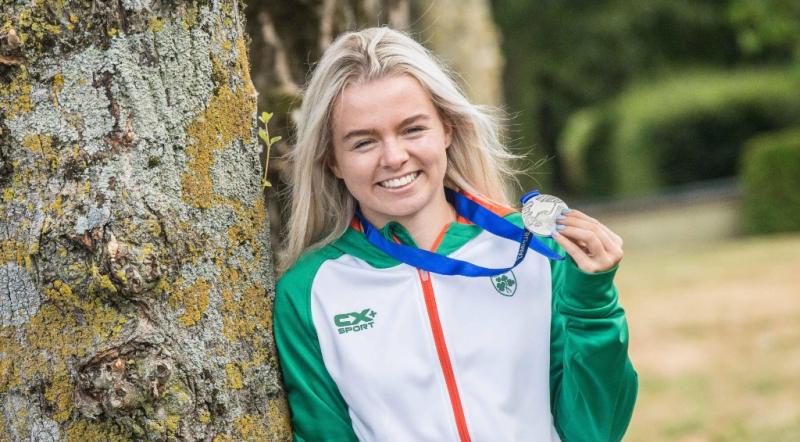 Molly Scott - who has been selected to compete for Ireland in the 4x100m at the European Championships in Berlin - spoke to Carlow Live about a remarkable few weeks for the 19-year-old.

The Hacketstown native - who runs with the St Laurence O'Toole Athletics Club -  also won a silver medal for her country in the 4x100m relay at the World U20 Championships in Finland earlier this year.

Speaking about that experience, the second year law student at Carlow IT, said: "Competing in the relay, it's a different pressure, it's the pressure of the whole team. We knew we had medal contention. But so much can go wrong, passing the baton, anything.

"An Irish team had never medalled at a World before."

Molly trains over two hours a day and juggling that with being a student and an athlete representing her country, she said: "Carlow IT are great to support me. Everything is based there, I don't have logistical problems, the track is there and the gym."

Her law course takes up 15 hours a week which Molly says isn't as intensive as other courses and she doesn't have to go too far to be with her coach, it's very much a family affair.

"My mother, Deirdre Scott, is my coach. She ran a bit when she was younger and learned about coaching athletics over the last few years," she said.

Read also: Why is the sky blue? Carlow scientist born on this day in 1820 found out the reason

Molly - who also competes in hurdle races too - says her diet "varies" and on training days she'd eat more food than normal.

"You could eat quite a lot in one day. If I don't have training, I eat less, I don't need the energy as much. For breakfast I might have eggs, porridge. Lunch I might have soup, chicken, I don't have a fancy diet. I eat what suits me.

"I eat chocolate here and there even though I probably shouldn't. I don't drink at all. I never had an interest in it at all. Even if I wasn't an athlete, I probably wouldn't drink anyway."

Molly was in action last weekend in Santry at the National Track and Field Championships when she was just 0.02 off gold and the same time as third, in the outdoor National Senior Women's 100m.

After her performance, she was named on the Ireland team of 41 athletes for the European Championships, which take place from August 6-12. It'll be her first time on an Irish senior team.

I’ve been selected to compete in the 4x100m at the European Championships in Berlin !! This is my first ever senior team so excited x https://t.co/eyVhRblhmk

The young student said: "It's feels so good. I'm so happy I got picked. I thought that it was out of reach at the Worlds, I hadn't been doing the 100m that much.

"I ran the 100m in Santry and I came 4th, I ran the same time as third. It was so annoying, not even the blink of an eye. My foot and my head were over the line first, it's actually making me sick.

"I went in it to win. I would've struggled with the 100m over the years, I would've been quite strong at the 60m indoor."

Molly says in the past she would've fallen off at around 70m but added: "Now, I'm up there with the rest of the girls."

The young Carlow woman is leaving for Berlin on August 8 and could well return on August 13 with a Gold medal for her country, all in a week's work, fingers crossed.